Where to Watch Motorsports Online 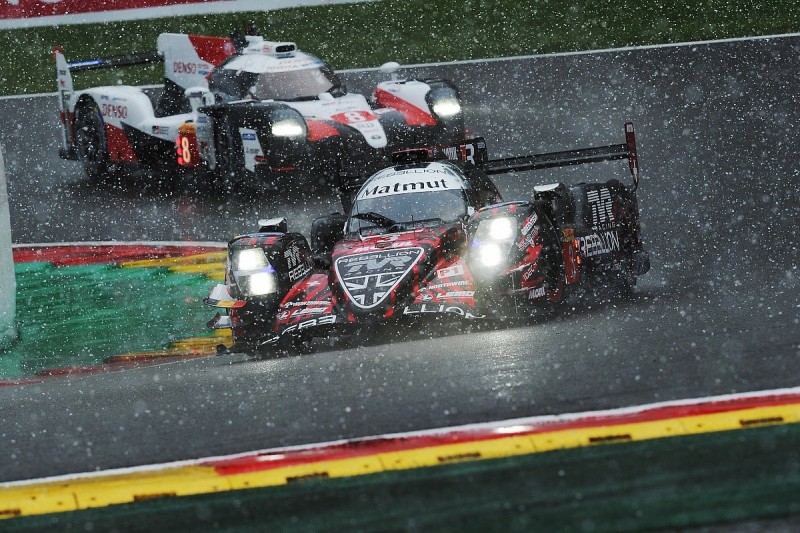 Whether you are interested in NASCAR, Formula One, or karting, you can find live broadcasts of these events on numerous streaming services. Many live broadcasts are available throughout the year, so no matter where you live, you can find a series that suits your taste. There are also several popular series on terrestrial television that you can watch online for free. Listed below are a few of the best options.

If you love motorsports and live events, you can watch them live by subscribing to Kayo. The streaming service is available on various devices, from a computer to a tablet and even a television. You can also download its free app to your phone, tablet, or TV. To find out which devices are supported by Kayo, visit the website. The app is available for iPhone, iPad, and Android.

Just visit the Kayo website and fill out the signup form to subscribe. Then, select the type of subscription you want to sign up for. Kayo offers two types of subscription plans. Essential is priced at $25 per month, while premium costs $35 per month. The premium plan allows you to watch on three devices. Kayo offers a 14-day free trial. You can subscribe to one or both options to see which suits your needs best.

BT Sport is where you want to be if you’re a big fan of motorcycle racing. Not only does the channel show live MotoGP races, but it also airs a lot of other motorsports, including the World Rally Series and IndyCar Racing. The network also has exclusive TV rights to the MotoGP. It’s a great place to catch up on motorsports for a low price, and there are also several other live motorsports channels to choose from.

Stream live motorsports and esports events on Red Bull TV. This streaming service is available for all, featuring the latest in motorsports, music, movies, documentaries, and inspirational stories. Plus, the app supports AR so that you can experience the world through new eyes. You can even access music, dance, and sports videos. Watch a wide range of famous sporting events, from motorsports to esports, from your mobile phone or tablet.

The new season of Sky Sports F1 was launched with the release of the new theme tune, “Just Drive” by Alistair Griffin, which was recorded with the Prague Philharmonic Orchestra and the Rodolfus Choir. The opening credits for the series feature archive footage of F1 moments from the 1950s to the present, including the first and last world championships. Previously, the show was presented by David Croft but has not been included in the schedule for 2020.

Over six years, Sky and F1 announced an exclusive live F1 contract worth PS1 billion (£1.02 billion). This deal was signed while Bernie Ecclestone and the CVC were still running the sport. Alongside F1, the channel also features the IndyCar Series, the British GT series, and the GT World Challenge. Although the BBC no longer covers F1 motorsports on the radio, they will continue to provide regular updates.

NBCSN is an American cable television network. The network currently broadcasts IMSA races. However, a six-year contract between NBC Sports and the organization expires after the 2024 season. As a result, NBC Sports may move IMSA races to its streaming service. While this would be unfortunate for fans of the sport, the decision could make motorsports on the network more accessible to fans.

This season, NBCSN is airing the Round 9 of the Lucas Oil Pro Motocross Championship at Washougal, Wash. The race begins at 6:30 p.m. ET on Saturday. Ken Roczen continues his dominant lead in the 450 Class standings, holding a 55-point lead over Eli Tomac with four rounds left. In the 250 Class, Jeremy Martin was the winner last weekend. Watch all the action at NBCSN motorsports.

NBC is the place to watch motorsport events! The network has been the leader in motorsports coverage since its inception in 1989, with 150 live broadcasts of significant auto races this year. For even more range, check out its online racing news site, where you can read the latest news from the top drivers in the sport. But what’s so special about NBC? The answer to that question may surprise you!

In recent years, NBC has been stepping up its coverage of motorsports. IndyCar and Speed have landed on the network, and now NASCAR will join them. The broadcaster has struggled to choose between covering this series and its existing commitments to its partners. While it won’t lose its original status as the home of NASCAR, the move to NBC is a massive step for motorsports fans.

If you enjoy motor racing, you may want to tune into the Countdown to Green on CNBC on Saturdays, an hour-long show that precedes the Xfinity Series races at Watkins Glen. The show is available on different local channels, depending on where you live. The Countdown to Green will be broadcast live from 3:30 p.m. ET, with Xfinity Series coverage airing immediately afterward.

For more motor racing action, you can tune in to NBCSN’s coverage of the German Grand Prix this weekend. Practice 1 will begin on Friday at 4 a.m. ET, followed by Practice 2 at 8 a.m. ET. Practice 3 will air on Saturday at 5 a.m. ET. CNBC will also air qualifying from the weekend and the race itself. Then, you can tune into the encore presentation of the German Grand Prix on Sunday at noon ET.

For those looking to purchase a motorcycle, SKY Motorsports in Sanford, Florida, is the place to go. This company has four locations in Florida and carries several popular brands. Customers can get expert advice and even take motorcycle riding classes. They also offer same-day tire installation and financing options. And, they’re expanding their services and offering more options to their customers. So, what’s new at SKY Powersports?

When you’re looking to watch a motorsports event, one of the best places to start is Eurosport. You can watch live motorsports events as well as on-demand videos. Click “All Sports” to get started. From there, you can choose from many different sports. Click on your preferred sport to see a video player at the top of the page. If you cannot watch the live event, you can see a banner for the next available event on demand. You can also find previous events on request.

Bill McLaughlin has helped BBC Motorsports double its headquarters space, making the expansion necessary for its automotive operations. The company is housed in a warehouse with a seventy thousand square-foottv watch footprint. After Bill negotiated terms with the landlord, the Showroom will be in almost seventy percent of this space. Despite the rapidly expanding automotive operation, BBC Motorsports’ current location still allows the company to operate efficiently and effectively.